You can feel it a bit, but it still overall works. When it goes Kubrick with direct homages and callbacks, it feels right enough and they honestly are some of the most enjoyable bits. It's not a rehash sequel, it's an extension of ideas and themes from the original.
She liked to read, but was at a crossroads between being too old for childish books, and a bit too young for cheesy romance novels with Fabio on the cover. The girl loved scary movies and all things horror and wondered if maybe there were things written like that. She asked the librarian, who handed her a book. The girl ran home and closed herself up in her room. 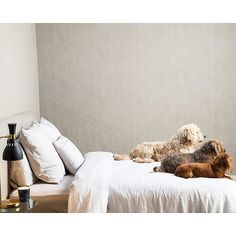 You can get the point across with more subtlety, it just didn't feel like it had a purpose. I liked seeing more about the shining abilities and the whole world of psychic powers, it looks great visually, and it's got strong enough themes that carry from the original. It's got problems that might keep me from coming back again and again, but I liked it.
Pulling from https://www.sleepdreampillow.com/ of the books and the Kubrick adaptation, this is something of a complicated beast trying to reconcile the bunch. Having never read Doctor Sleep, I can't say how true it stays to the book, but even then there are definitely moments where I could feel it stretching to try to pull in something from Kubrick that probably wasn't book accurate.
Danny is following in his father's steps in dark ways, and the overall story of these psychic vampires seems to acknowledge a lot of King's history with psychics. But sometimes the stretching to fit is felt. I was never bored, and there wasn't anything I wanted taken out of the movie, but I almost felt it would be better as a TV show or miniseries due to some rushed execution. For example the new cult member Andi is sort of thrown in as something of an audience surrogate and gets a decent amount of focus, but then mostly just falls to the wayside and it feels a little awkward. It's mostly fine, but I feel like this is a case of the book had more. I also didn't like some of the darkness in the film, and that could just be a personal preference, but it did bother me. I'm not opposed to kids dying in horror films if it's warranted for the story, but there is a prolonged sequence in here where a preteen is tortured to death and it's just vile to watch.
She sat down and started to read a book called Carrie, by an author named Stephen King. She devoured that book and went on to read every single book by her new favorite author, including those under the name Richard Bachman. When those ran out, she explored different authors like Koontz, Saul, Cook, and Crichton, just to name a few. So many doors were opened and so many journeys taken, worlds explored, over many years.